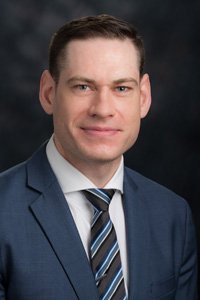 Dr. Michael Woodbeck was born and raised in northern British Columbia, Canada. He attended the University of Northern British Columbia for his undergraduate education in chemistry and, upon graduation, moved to Vancouver, BC to complete his dental training at the University of British Columbia and joined the Canadian Armed Forces while completing his dental education. Upon graduation with his Doctor of Dental Medicine, Dr. Woodbeck was fortunate enough to be stationed at a number of different military bases across Canada including Halifax, NS; Moose Jaw, SK and Edmonton, AB. While serving in the military, he received the Queen Elizabeth II Diamond Jubilee Medal and was a member of the dental forensic identification team.

After 5 years as a general dentistry, Dr. Woodbeck decided to further his education and completed a six year combined oral & maxillofacial surgery specialty training and medical degree at the University of Texas Health Science Center at Houston.

Dr. Michael Woodbeck moved to Colorado with his wife, Alison, who is actively involved in the startup tech industry. In his free time, he enjoys ultimate frisbee, snowboarding, and is an avid mountain biker. 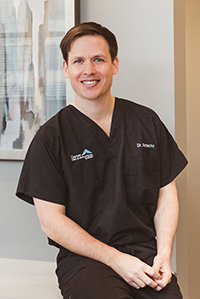